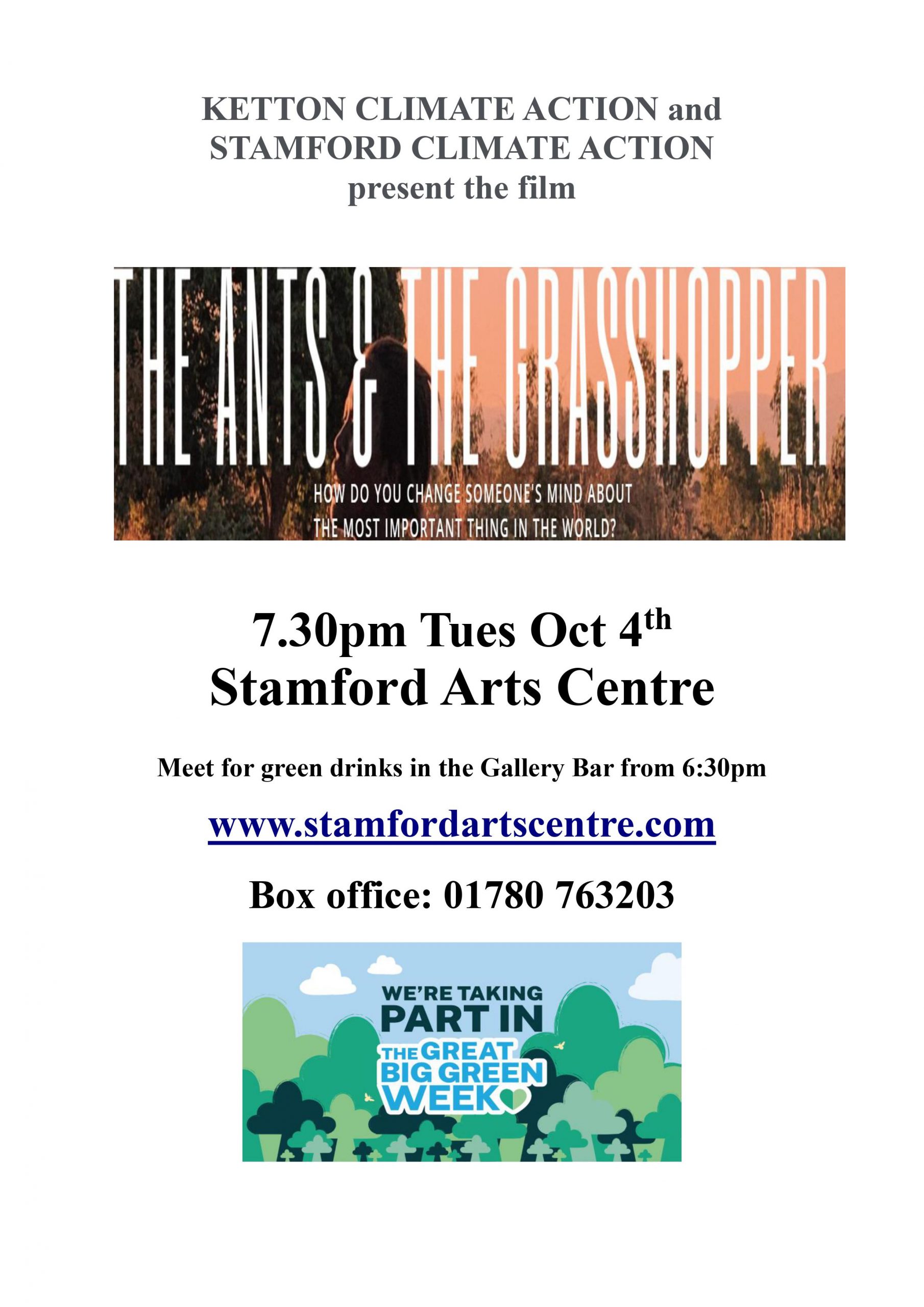 As part of the Great Big Green Week, Stamford Arts Centre is screening the film The Ants and the Grasshopper on Tuesday 4 October, at 7:30pm. The screening has been organised with Ketton Climate Action and Stamford Climate Action.

The award-winning film tells the story of Anita Chitaya, a lady from Malawi, and her attempt to persuade Americans that climate change is real. The film shows Anita as she travels across the USA, from California to the White House, meeting climate sceptics and despairing farmers along the way. She encounters the divisions shaping the country, from the rural-urban divide, to schisms of race, class and gender, to the thinking that allows Americans to believe they live on a different planet from everyone else.

For more information on the film, visit: The Ants and the Grasshopper.

The Gallery Bar at the Arts Centre will be open for drinks from 6:30pm.