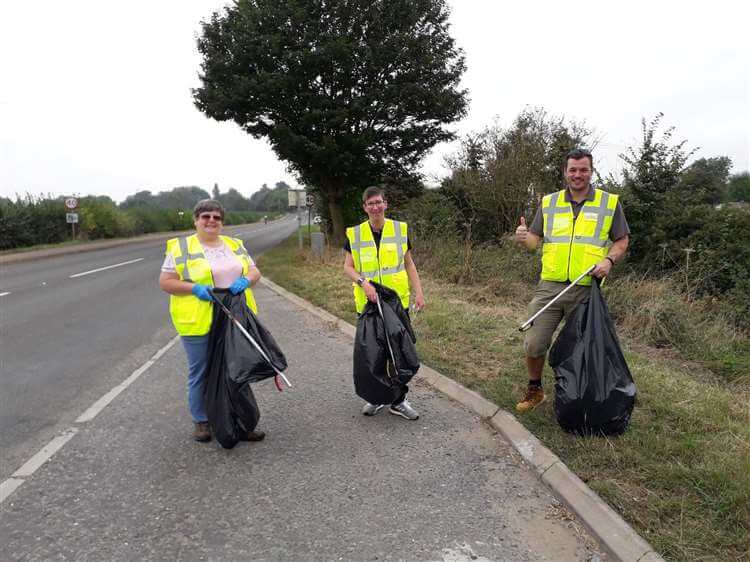 From the recycling of underwear to clearing the streets of litter, last week the Rutland community helped to make the county greener.

To mark The Great Big Green Week, residents hosted a range of events around the county to help the environment.

The Great Big Green Week, (which ran from 18 – 25th September 2021), is an annual focus on encouraging as many communities as possible across the country to host events to raise awareness about all things environmental.

Rutland Climate Action, a community-based network, saw this as an opportunity for the county to host a series of its own events, promoting behaviour change and enabling our residents to be a part of the solution.

A clothes swap was held at the Uppingham Town Cricket Club, where residents could bring in clothes in return for a raffle ticket, which they could exchange for clothes brought by other people. 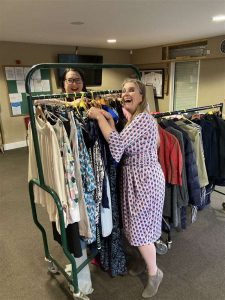 “This is a great way to rejuvenate your wardrobe that is kind to the environment by encouraging the re-use of unwanted items rather than throwing them away and has the added bonus of being very kind on the wallet.

“Many people who attended were keen to repeat the event next year.

“A huge thanks to the Uppingham Town Cricket Club for enabling this event to take place.”

In Ketton, a ‘Save The Planet’ exhibition was held in the church, launched by Reverend Olwen Woolcock at a special ‘Creation Sunday’ service which took place on September 19.
It served as an opportunity for parishioners to appreciate the value of the planet – helped by pictures, poetry and writing by Year 6 pupils at Ketton Primary School.
Also in Ketton, volunteers filled 20 black bins with rubbish during a group litter pick. 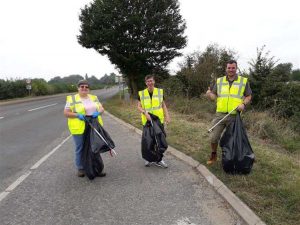 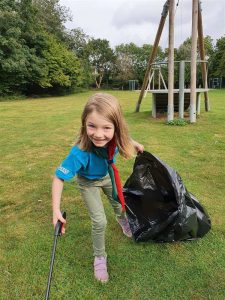 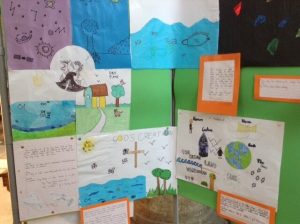 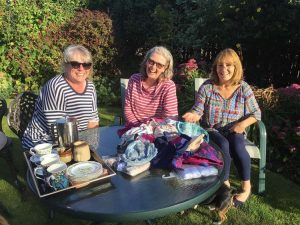 Organiser, David Lewis, from the Ketton Climate Action Group said: “It was wonderful to see so many people from the village giving up their time on a Sunday morning.
“A special thanks to the Chater Lodge Community Engagement Team and to everyone from 1st Ketton Scouts, Cubs and Beavers. It was great effort by everyone to collect so much litter in just a couple of hours, but it would obviously be better if community litter picks were not necessary.

We would encourage everyone to play a small part in protecting the natural environment by taking their rubbish home and making full use of opportunities for recycling.”

In Riddlington a group helped to collect underwear to be donated to Smalls For All, a charity that collects bras and pants to help adults and children in Africa and the UK.

Having organised a successful collection in the village of Ridlington a couple of years ago, Debra Thatcher took on the challenge of organising another collection as part of the Great Big Green Week events in the county.

Whilst in Cottesmore these activities there was Cottesmore village litter pick, over 30 bags of rubbish were collected by over 30 residents including the brownies
Talk on climate change from John Clerkson arranged in conjunction with Greetham Parish Council Indigenous bulb planting in both Cottesmore and Greetham – joint effort by both villages.